PICTURES FROM THE 2021 SEASON

The Cumberland Valley Football Alumni Association works hard to raise funds to support CV Football... and personal donations are part of how monies are acquired.  You can help by donating to the CVFAA anytime...

CLICK HERE for a "mail-in" donation form or use the paypal button below to donate online.  Thank you in advance for your support of CV Football! 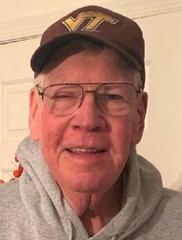 Thank you for contacting us! If needed, you will hear back within 48-72 hours.

Given in honor of  Charles Page​

David S. Heckard, Jr., age 76, of Mechanicsburg, passed away at home surrounded by his loving family on Thursday, January 20, 2022. Born February 16, 1945 in Harrisburg, he was the son of the late Betty (Rodkey) and David S. Heckard Sr.

David was a graduate of Mechanicsburg High School, Class of 1963 where he was a talented athlete who lettered in basketball, football, and track. He spent six years in the PA National Guard's 28th Division. He went on to a career in the sales of construction materials, working for Morgan Distribution and John H. Myers until his retirement. David's life, however, revolved around family and sports. He was a coach for the Mechanicsburg Midget Football Association's Chiefs for many years, coached with Cumberland Valley Football, and spent much time coaching his children and others in many other sports, including baseball, football, wrestling, and softball.

David was as enthusiastic about watching and attending sports as he was about coaching. He was a regular at Cumberland Valley Wrestling matches and was active in the Booster Club and fundraising for many years. He was an avid Penn State fan and also loved trips to Villanova to watch his son play football. In his free time, David enjoyed playing golf and was a lifetime member of The Mechanicsburg Club where he enjoyed playing cards regularly. Most important to David, however, was the role he served as husband, father, and grandfather. He was an endlessly dedicated provider and role model and loved the time he was able to spend with his family, especially his granddaughters.

Surviving is his loving wife of nearly 50 years, Lois E. (Humer) Heckard; his son, David S. Heckard, III and wife Casey; his daughter, Taryn J. Heckard; his granddaughters, Emma and Samantha Heckard and Mataya Putt; his brother, Barry Heckard and wife Deb; his sister, Sheryl Ann Godley and husband Jim; as well as numerous nieces and nephews and countless friends whose love and support throughout David's life was so deeply appreciated by his family. David's family also wishes to extend their thanks and love to Brendalee Colvin who provided nursing care to David throughout his illness and endless support to the family.

In lieu of flowers, memorial contributions may be made to Homeland Hospice, 2300 Vartan Way, Suite 270, Harrisburg, PA 17110.

Thank you for your registration! If needed, you will hear back within 48-72 hours.

Dave Heckard was a dedicated fan and supporter of sports and especially the fottball and wrestling programs at Cumberland Valley.  The CVFAA extends its deepest sympathy to the entire Heckard family during this time of loss.

From our inception in 1992, the mission of the CVFAA has been to support and promote the CV football program, to keep CV football alumni informed and involved, and to encourage alumni participation in CV football activities.

Other fund raising activities are being scheduled.  Check our website for upcoming events and to see our complete list of sponsors... which we encourage you to acknowledge, support, and join with them in contributing. Monies raised by CVFAA are returned to the CV football program including several scholarships to deserving seniors.

Jim Lawlor was a tireless fan of all things involving CV Football and the proud father of his CV Football Hall of Fame sons Dan (CV 2004) and Kevin (CV 2000).  The CVFAA extends its deepest sympathy to the entire Lawlor family during this time of loss. 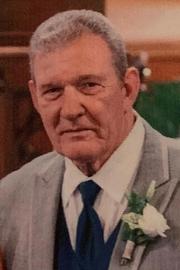 The purpose of the CVFAA is to:

Promotion of CV football is accomplished through our annual CVFAA newsletter, maintenance of the www.cvfaa.org website, support of CV football broadcasts, and announcements from our CVFAA Facebook . CV football history is documented in our 50th anniversary booklet and supplement which is provided to every CV football senior.  Each year we host the CV football social where new hall of fame members, the 50th anniversary team, and our special recognition honoree are featured.

Financial assistance is sustained by donations received from CV football alumni, corporate sponsors, and friends of the CV football program.  2022 sustaining contributors are:

keep up to date with all the news​

James K. Lawlor passed away peacefully on December  5th, 2021 surrounded by his family while listening to The Rolling Stones and Frank Sinatra. Jim was a larger-than- life, die-hard football fan, who lived life to the fullest each day being the best husband and father he could be.  Jim was born on April 21, 1951. He was preceded by his parents, James T. Lawlor and Florence R. Lawlor, and his sister, Regina C. Lawlor of Shillington, PA. He is survived by his beautiful wife, Linda A. Lawlor, his children, James, Kevin, Mary-Kate, Daniel, and his younger brother, Timothy B. Lawlor (Wyomissing, PA) and his family. Growing up in Shillington, PA, Jim was a scholar athlete lettering in three sports at Governor Mifflin High School. After receiving scholarship opportunities to play college baseball and football, Jim ultimately accepted a full football scholarship to Virginia Tech, which he referred to as the "Harvard of the South." While playing as a "Hokie," Jim fostered lifelong friendships with teammates, Don Strock, Dave Strock, Bob "Bags" Williams, and James "Frank" Polito. It was at Virginia Tech that he met the love of his life, his "Jersey Girl," Linda (Casey) Lawlor. Following their graduation from Virginia Tech in 1973, they both started out in Richmond, VA followed by Saint Petersburg, FL where they began their teaching careers together. After a few years in Florida, Jim and Linda moved to Downingtown, PA to be closer to their respective families and start their own "Lawlor Team." His four children meant the world to him and often referred to them as his "greatest accomplishments.' After settling down in Mechanicsburg, PA, his passion for teaching mixed with his love for sports made for the perfect role as a coach. Throughout his years as a coach at Cumberland Valley and Good Shepherd, he quickly became a mentor for many on and off the field. His three boys followed in his footsteps playing football at the collegiate level and his daughter became a competitive cheerleader. For years to follow, Jim and Linda devoted their time traveling across the country to watch their children compete in various sports while mastering the tailgating scene. As a husband, father, coach, friend, or "Cheer Dad," Jim always showed up. Jim had a successful career that started with teaching and ended in sales. Working for General Electric, Philips Lighting, Whitehill Lighting, and Capital Bonding, he won numerous sales awards and helped to build departments/companies from the ground up. Following retirement in 2015, he filled his days visiting the local library, hanging out at "Lawlor's Pub," and working part-time at Sam's Club. Jim enjoyed his expanded family with the additions of his children's spouses, Jessica, Kathryn, Andrew, and Kathryn. His grandchildren, Bethany, Ethan, Connor, and Jacob became his greatest joy. Jim loved being known as "Gramps." He was unsuccessful in passing his love of the Western Channel on to his grandchildren. He enjoyed watching them create their own paths in sports, school activities, watching movies, attending Phillies games, and spending holidays together as a family. In lieu of flowers, donations in Jim's honor can be made to the Cumberland Valley Alumni Football Association (www.cvfaa.org). Following his wishes, a private memorial will be held at a later date.